A new era at the Federal Trade Commission

Goliath tech firms — think Google and Facebook — got a blunt message from the new team that likely will be taking charge of the Federal Trade Commission: step over the line and the agency will not hesitate to pull the trigger and launch an investigation.

Time to ditch the consumer welfare standard? Not so fast

Over the past six months, a recurring issue in antitrust circles, from Capitol Hill to think tanks to academia, is whether it’s time to jettison the consumer welfare standard, which has served as...

Companies seeking to survive regulatory scrutiny and close a deal in the Trump era may be forced to contend with the president’s approach to trade policy if his willingness to erect new barriers...

Delrahim punches back on criticism he's 'not conservative enough'

Since the Justice Department sued to block AT&T’s purchase of Time Warner in November, Assistant Attorney General for Antitrust Makan Delrahim, the Trump appointee who authorized the lawsuit,...

A former staffer and current nominees to the Federal Trade Commission testified to US senators this month that the agency needs stronger enforcement tools to protect consumers against data breaches.

The Trump administration has challenged the practices of colleges and universities on the civil rights and tax fronts. Now it’s examining whether their admissions procedures violate antitrust laws.

One of the problems with an iconic speech is that, over time, it becomes an abstract symbolic reference, and fewer and fewer people have actually read it. Such has been the case with former Federal... 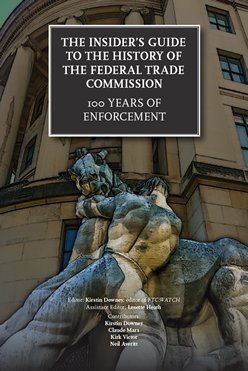